The decision to specialize is one of the most important strategy decisions you'll make in your indie consulting business. With any decision, it's important to understand how reversible that decision is. That's because reversible decisions are less risky, and so you can take a different approach to making those kinds of decisions.

What is Reversing a Specialization Decision?

NOPE! You completely reverse the decision. You decide to specialize, try it for a while, and then revert to a 100% generalist business. This is the most extreme level of change I see to the initial specialization decision.

PIVOT! You make a dramatic change. A client of mine was making 80% of her revenue from Salesforce customization, which is a totally viable platform specialization. She hated the work, though, and pivoted to a vertical focus on custom software for graduate medical education, a vertical she has a more enjoyable emotional connection to. This is a significant, costly change that incurs some risk, and it's the middle level of change I see to the initial specialization decision.

TWEAK! You make a mild change. If you think of your original decision as an airplane's flight path, you are just tweaking the flight path a bit to avoid some turbulence or a storm cloud. You aren't diverting to a different airport (a pivot) or turning around and heading back to your point of origin (noping out of specialization altogether). This kind of change incurs almost no risk and very little cost.

It's just a question of how much cost and risk you want to bear.

I think and write for indie consultants, but I know others come across my thinking and can adapt it to a different context. To me, the indie consultant context is a solo consultant who might have a small team supporting their work. This is the solo decisionmaker context, and in that context the cost of change is often very low.

Adding employees adds change cost. Decisions that affect the entire company need to be more carefully considered and more diplomatically implemented. Frequent changes to the company's direction will be more disorienting and potentially demoralizing (both forms of cost) in a team context.

Specialization is just a decision about focus. It's not real until it's implemented, and the implementation takes time. Implementing a specialization decision is a relational process of building and teaching your market.

Building for your market:

The end result of this building and teaching is a market position, which is really a reputation or a personal brand. There are certainly subtle diffferences between market position, reputation, and brand, but they are really minor differences that don't matter here.

Assuming you're investing in this building and teaching, the more time that you've invested into your initial specialization decision, the more of an asset you've built up around that decision, and the more costly it would be to change that decision.

It's sort of like growing a tree from a seed. The seed grows into a seedling, a tiny miniature tree just a few inches tall with just a few leaves on it. It's easy to transplant at this stage of maturity. You could do it with your bare hands. Once it grows into a sapling, it has a bigger root system that takes more work to transplant. Hand tools like a shovel are required. It's not at all impossible, just more work (cost).

But once that seed has become a mature tree, moving it requires a tree spade. 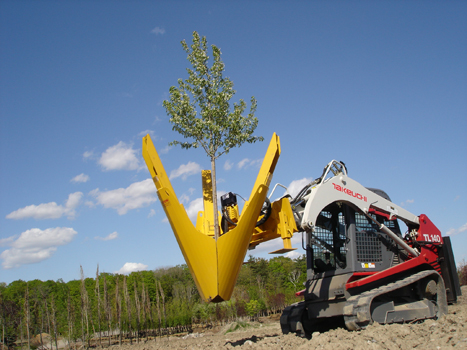 I checked on eBay just now: used tree spades cost from $10k to $40k (just the attachment!). It's a big deal to move a mature tree. Again, it's not impossible, just costly.

For most of us, the first year or two of specializing are the "seedling years". It's easy to make all sorts of changes to the decision we've made about focus.

Year three begins the "sapling years", when change to our focus can be more costly.

After that point it's not possible to give a 1-size-fits-all timeline, but if you forced me to say I'd say the "mature tree" years begin after 10 years, when your initial decision about specialization has matured into a powerful, strong tree of a market position.

Some of us hate change. Even though we might be good at helping our clients respond to or initiate change, we kind of hate change within our personal lives. For those of us with this orientation, the initial specialization decision was difficult, and changes to that decision are also difficult. This makes the actual change more costly than it would be for someone else who likes change more.

Even for those of us who are neutral or pro-change, there is a psychological aspect to consider when changing how we've decided to specialize. A change to a major decision can feel like a setback or loss, even if it actually creates progress over the medium or long term.

Imagine that you quit medical school halfway through because, as it does to many, it's driven you to consider suicide.

On the one hand, you might have just saved your own life. Progress! But if you're like many people, you'll think about those 3 or 4 years you just "wasted" on medical schooling.

If your mental model of progress towards a purpose or goal is some sort of mythical straight line of totally efficient striving and achievement, then you'll think of any motion that deviates from that straight line as wasted motion.

I disagree with this mental model of progress. I believe that tremendous value comes from a more wandering, "inefficient" path towards our life goals. As a result, I think that pivots or tweaks to your initial specialization decision are totally normal and often very valuable.

But, I do understand if you might view these kinds of pivots and tweaks as harmful or wasteful.